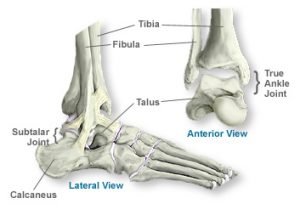 Individuals at risk for clubfoot

In certain cases of clubfoot, doctors can see the clubfoot on an ultrasound of the pregnant mother. While a surgeon does not do surgery on the fetus for clubfoot, preparing to decide how and when to treat it can alleviate some stress on the parents.

Doctors prefer treating clubfoot in children a week or two after birth. At birth, babies’ joints and bones remain soft and not yet fully developed. This works to the advantage of the doctors, allowing them to perform treatment early on before it has any major effects on the child’s life. To treat clubfoot, doctors either stretch and cast the foot or perform surgery.

During stretching and casting, a pediatric orthopedist maneuvers the child’s foot into the correct position and places the foot into a cast. The foot and ankle specialist repeats this process once a week until they achieve the correct alignment. Right before achieving the correct alignment, the doctor performs a small surgery on the patients foot to surgically lengthen to Achilles tendon.

To maintain the proper alignment, the baby must participate in a stretching regimen (or physical therapy), and wear proper shoes and braces. Children typically need to follow these protocols for up to 3 years. 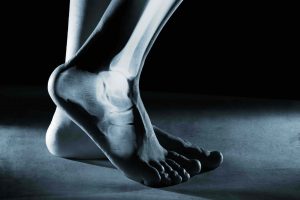 If a pediatric orthopedic surgeon cannot achieve a proper foot through stretching and casting, a surgeon opts for a more aggressive surgical intervention. Surgeons perform clubfoot surgery with the patient under general anesthesia. With a patient under general anesthesia, the patient remains asleep for the duration of the surgery and wakes once the surgeon completes the surgery. During surgery, the orthopedic specialist manually lengthens and repositions the tissues within the foot. After surgery, the child wears a cast for 2 months followed with a brace for at least a year.