Since 2003, Dr. John Drkulec has consistently provided top-tier sports medicine and orthopedic care to the Mansfield, Grand Prairie, and Midlothian area.  In 2007, he spearheaded AOA’s Mansfield location development, serving as the Head of the Orthopedic Surgery division at 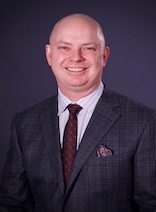 Mansfield Methodist Medical Center from 2007 until 2018. A fixture on the sidelines of area football games, he has also served as one of the main Sports Medicine Providers for MISD athletes and their families since 2007.

His portfolio of high-profile sports team physicianships continually expands.  In 2019, Dr. Drkulec’s reputation landed him as the team physician and lead surgeon for the XFL’s Dallas Renegades.  Additionally, Dr. Drkulec stays actively involved with the University of Texas in Arlington Mavericks Basketball, Baseball, Softball, Volleyball, and Track teams.  Previously having served as the medical staple of the Grand Prairie Air Hogs Minor League team as well as both Men and Women’s Big 12 Basketball Tournaments.

Dr. Drkulec works tirelessly as a patient advocate – serving on the Board of Directors of AOA since 2016 and most recently elected the Medical Director of the Baylor Scott & White Orthopedic and Spine Hospital of Arlington.
In his free time, Dr. Drkulec finds a way to bring his medical and sports backgrounds to work for the community; coaching local youth soccer, basketball, and hockey teams.